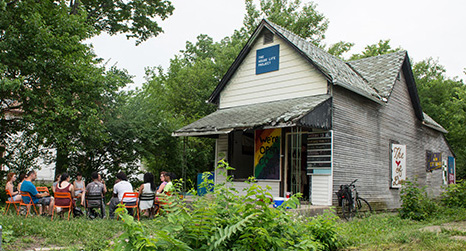 HLP IN THE NEWS!

“Everything a Good Neighbor Should Be,” by Danicia Malone, No Mean City, 2018

“An abandoned house is home to creativity and community fellowship,” by Tim Brouk, News at IUPUI, October 3, 2017

“Artists in Indianapolis are Taking Over Abandoned Homes,” by Scarlett Martin, The Renewal Project, November 7, 2016